These photos are from two September’s ago.

I didn’t want ordinary maternity photos. Not that there is anything wrong with them. I love looking at them but I wanted something that was…. me.

I put a posting on modelmayhem and found a photographer who was willing to attempt what I had in mind.

I had seen the maternity pictures of Heidi Klum in black and white with the fan blowing and her beautiful pregnant body and all its glory there for the world to see. I wanted that. Not the exact same thing. I wanted my version and I thought if we could get that effect in a natural setting that would be me. I love the idea of the blue, black, grays and greens that the central coast offers… the beach is windy, right?

I solicited my best gal pal to come along, she was such a huge help, she helped with EVERYTHING! And was a trooper when we trekked over rocks and through the woods to get to the secluded beach with its icy central coast waters… We almost got trapped in a cave but that’s another story lol

Here is what we captured of the idea. 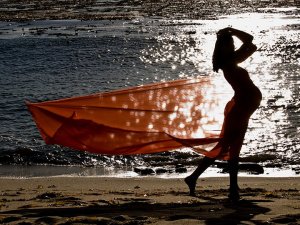 There wasn’t any wind… we had to resort to a fishing line tied to the end of the material and my girlfriend of screen waving it up and down while freezing her toes off. The things people go through for picture… better yet, the things people do for their friends lol.

We of course expanded on the idea, and my gf also took pictures too. 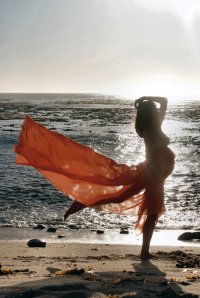 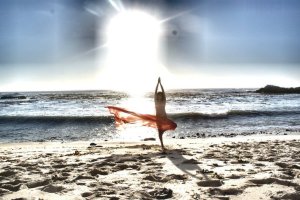 And while my idea wasn’t as successful as I’d hoped. I did walk away with some AMAZING photos. This one being my favorite. I think that it gets the message across that just because you are pregnant does not mean you can’t be sexy too. 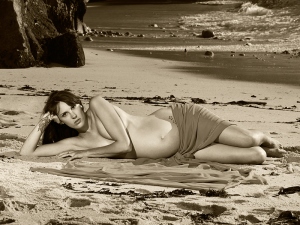 And also this gem came from that shoot as well… almost same location, different wardrobe lol. 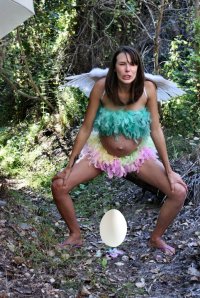 We had a crazy fun time. The photographer was cracking up most of the time.

If you are interested in seeing more from the maternity shoot, check out this album.

Although the main idea was a bust we really did come out with some good stuff. Truly beautiful pictures.

Did any of my readers do anything special during your pregnancies?