As you know, when I road trip we make lots of stops. On our recent trip to Virginia I planned our route about 30 minutes out of the way so that we’d have a good first stop, and really just a good start to the day.  The kids never mind the extra time when you recap the fun that has been had.

I planned to get there at opening because I knew it’d be hot. We didn’t quiet make it and were about an hour later than planned. And it hot and humid… thank you, South Carolina. It wasn’t as unbearable as it is today but still, something about the heat can drain not only the energy, but also the excitement, right out of you…. The same isn’t always true for kids. 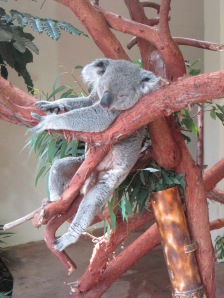 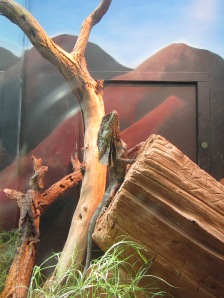 Despite the heat, and the fact that half of us were taking antibiotics. It turned out to be a pretty cool zoo. I didn’t get many good pictures cause I had my terrible camera. I observed with my eyes…like people used to. lol

They do have a military discount, there are also extras and add-on amusements like ropes courses and train rides.

The exhibits were clean and orderly, most of the animals were out and most of them were active. I considered us lucky to see the bears wrestling and jumping in the water as we were leaving. All the kids really enjoyed watching the bears bat their paws at each other and open their mouths real wide.

Best part… the giraffe feeding. It was only $2 and they give you plenty of  food. Just be careful it can get crowded.

Chloe and Eli feeding the giraffes

Over all we had fun, and we will go back to explore the whole zoo in cooler months.